The Legend of the Sacred Birman

All discussions about the origins of the Birman Cat, also known as The Sacred Cat of Burma, will typically start with some form of the following legend:

The Birman Legend takes place in Burma, many centuries ago.  By a sparkling lake in a valley surrounded by majestic mountains, the Buddhist temple of Lao-Tsun was guarded by one hundred yellow-eyed white cats with long silken fur.  It was believed that the felines were carriers for the souls of priests who had "departed the mortal plain" and that after death, a priest would return to the temple as one of the white cats.  This process was known as transmutation.  The temple was the home of the goddess of transmutation, Tsun-Kyan-Kse.  She was represented by a golden statue with glowing sapphire eyes.

According to the story, a priest named Mun-Ha, who was a devoted worshipper of the goddess, served at the temple of Lao-Tsun.  Every evening Mun-Ha's faithful companion Sinh, one of the hundred sacred white cats who lived at the temple, joined him for prayers in front of the statue.  Then one day, marauders from Siam raided the temple for its riches and attacked the aged priest.  At the moment of Mun-Ha's death, Sinh placed his feet upon his fallen master and gazed into the sapphire eyes of the golden statue of Tsun-Kyan-Kse.

Suddenly, a miraculous transformation took place.  Sinh's white fur changed to the beautiful golden hue of the goddess.  His face, tail and legs darkened to the velvety brown of the earth.  Then his eyes changed from yellow to a deep, sapphire blue.  Sinh's paws, however, remained a pure white, up to the place the silk of his master's garments touched, as a symbol of Mun-Ha's pure spirit.

Sinh's transformation inspired the other priests to drive the raiders away.  By the next morning, the other ninety-nine temple cats had undergone the same change.  Sinh never left the throne after his master's death.  After refusing food for seven days, Sinh quietly expired, carrying with him into Paradise the soul of Mun-Ha, his beloved master.

Accounts of how the Birman made its way from the sacred temples of Burma to France only add to the mystery and legend:

One account states that Auguste Pavie, a Frenchman who extensively explored Southeast Asia in the late 1800's, along with an Englishman, Major Russell Gordon, received the first Birmans in France as a gift and in gratitude for saving Kittah priests and temples during religious and tribal uprisings.

Another version uses a different well-known figure of that era, and states that Mr. Vanderbilt, an American millionaire, purchased the Birmans from an unfaithful temple servant while cruising his yacht in the Far East.  Mr. Vanderbilt then gave the cats to a Mme. Thadde Hadische, who was cruising with him.

Both accounts agree on the end result:  There were two Birmans, a male and a female, on a voyage to France, and the male died during the voyage.  The female, named "Sita" was pregnant however, and subsequently gave birth to a litter of kittens which contained a perfect Birman female, named "Poupee."  The year was 1919.  Poupee then ended up in the hands of Monsieur Baudoin de Crevoisier, who became the first known Birman breeder.

Starting with just the female Poupee, Baudoin bred her to a Siamese male.  The offspring were then bred amongst themselves and to occasional outcrosses, with selections made for those most resembling Poupee. 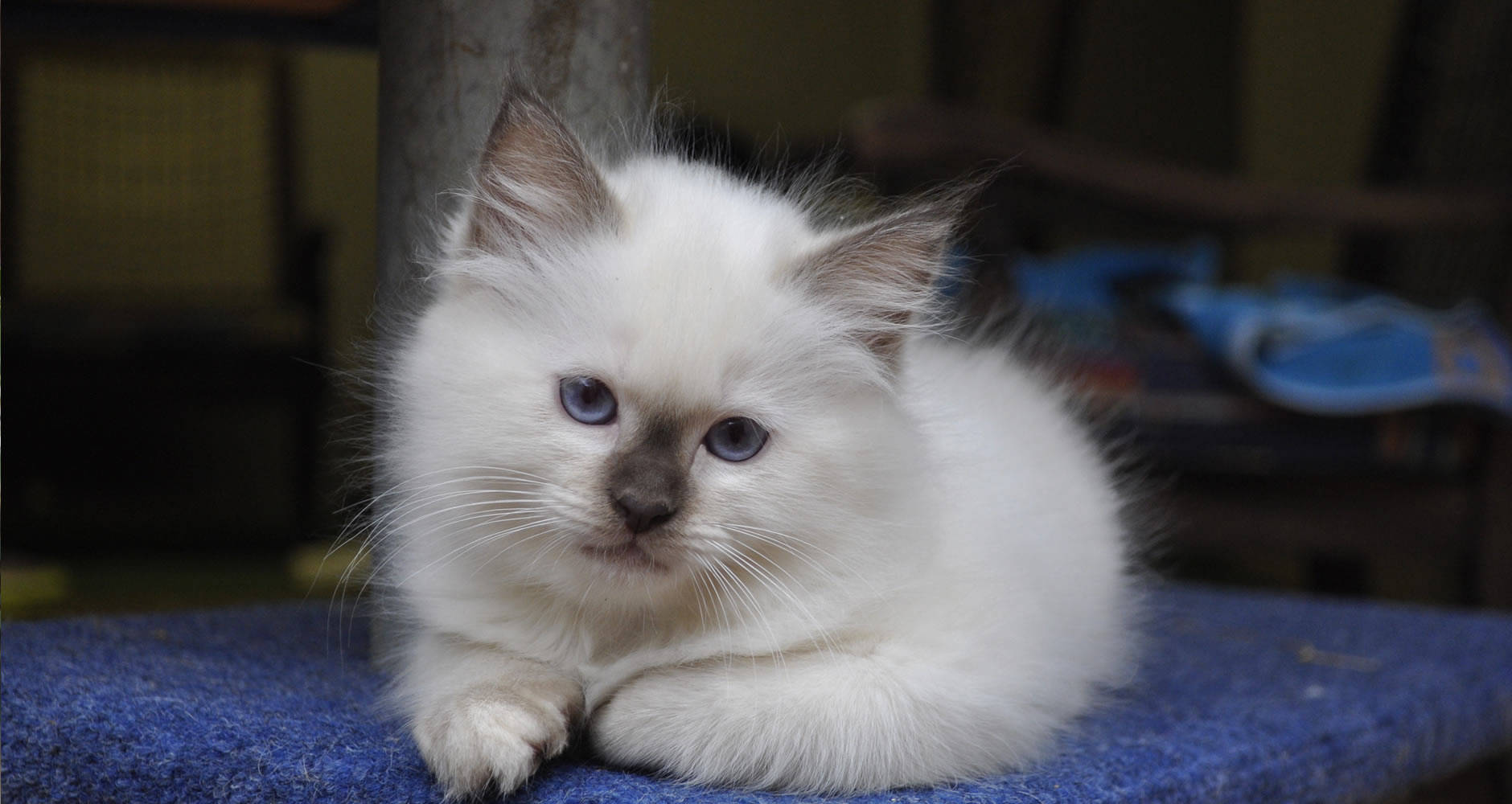 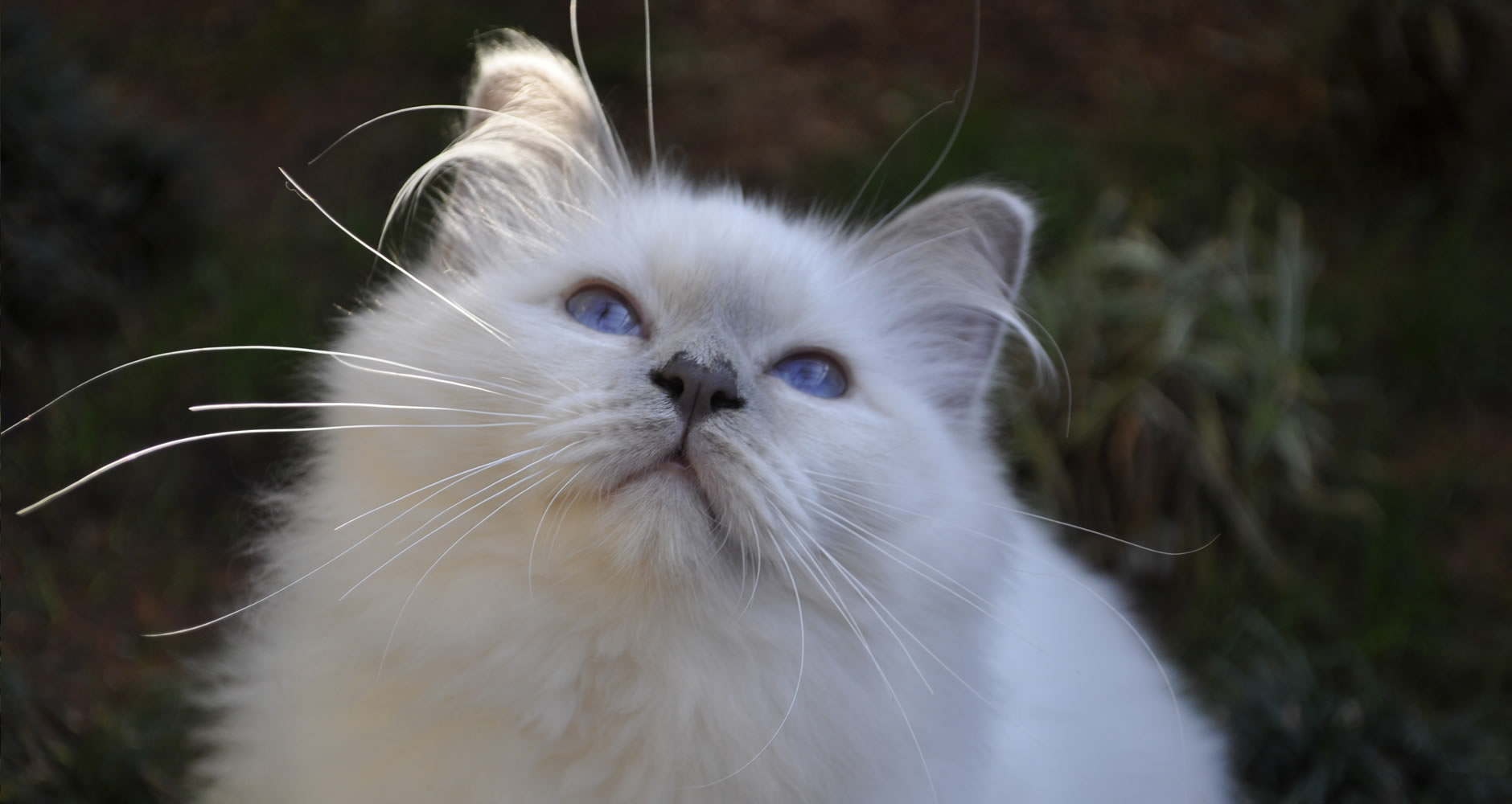 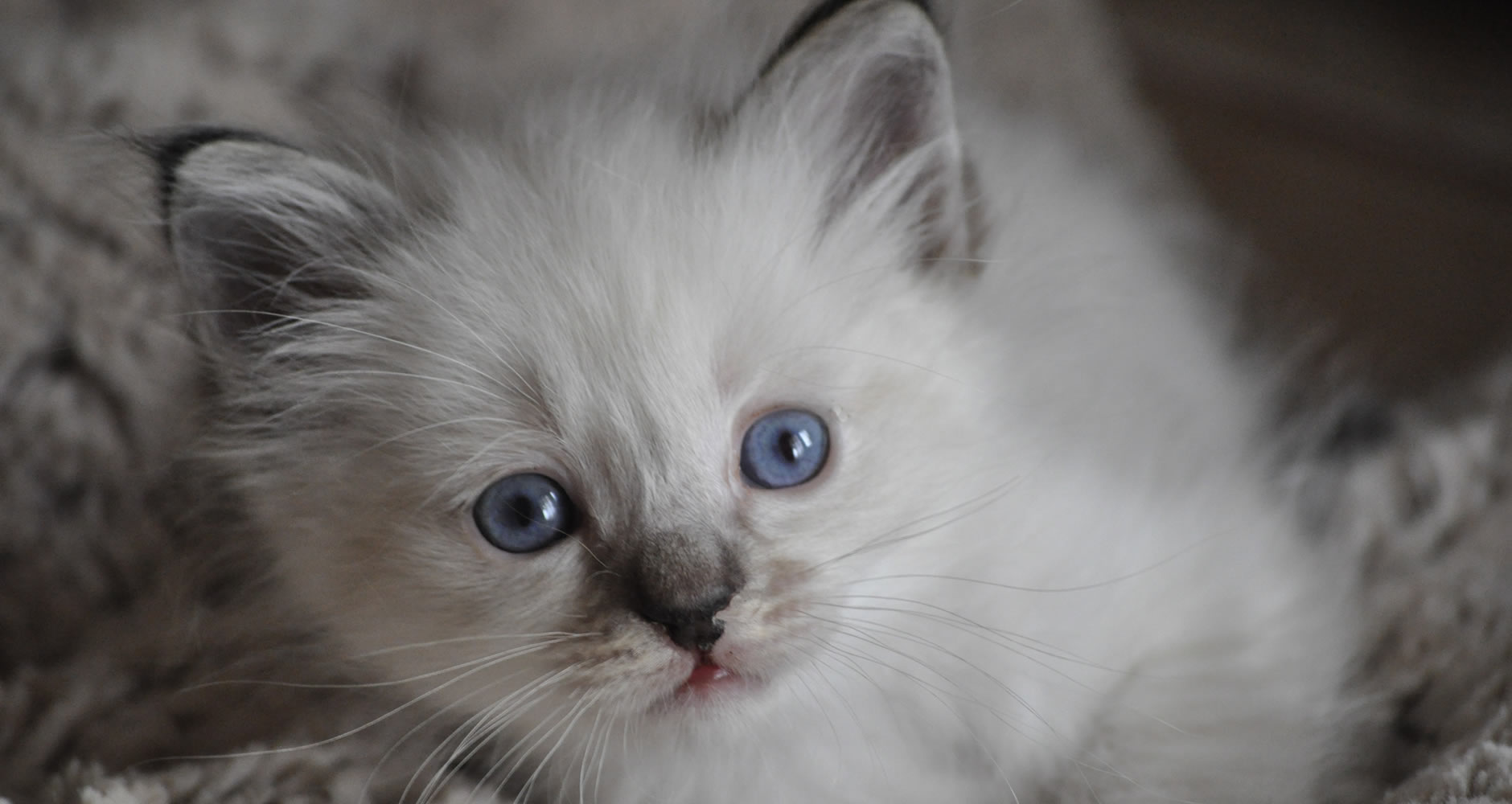